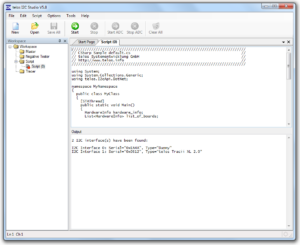 There is a central process called I2C scheduler which handles all accesses to the I2C interfaces. Applications can use several I2C interfaces and each interface can be used by several applications.

The APIs come with detailed on-line manuals, containing examples, which can be used as templates for customer applications. These templates make it possible to write your own I2C application within a very short time.

These telos I2C interfaces are supported by the APIs:

The I2C Framework is installed with I2C Studio. However, if you intend to distribute your own application using I2C Framework we have an instructions manual informing you about the necessary steps.

The support and update strategy is defined in our product policy.