To distribute an application, which has been written using one of the I2C APIs you need to include our libraries.
The easiest way is to simply redistribute the complete telos I2C Studio package. For this purpose telos offers a Merge Module, which allows to integrate the complete telos I2C Studio installation into the user’s own setup package. As disk space is no longer an issue these days, this is the recommended way. It makes support for all parties a lot easier.

If the redistribution of telos I2C Studio is not intended, you have to include our files in your installation. telos does not offer any support for such setups.

Basically three components are needed: the driver, the I2C scheduler, and the API itself.

Below please find an overview of files and their location. <install dir> is the directory, telos I2C Studio is installed in.

The driver is located in

If the tools, which are used to create the setup package, do not support the installation of drivers by themselves, telos recommends to use the Driver Install Frameworks (DIFx) from Microsoft, which is part of the WDK. 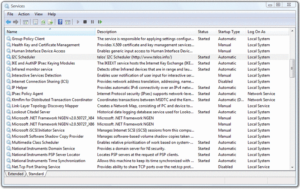 The I2C Scheduler is located in the following executable:

After a successful registration the I2C Scheduler can be found in the Services dialog of the Administrative Tools.

Depending on the used API different files need to be included into the user’s own setup package.

The I2C.C API is located in the following file:

As the I2C.C++ API gets linked statically to the user?s application, no additional files must be included into the setup package.

There are two subdirectories, containing the 32-bit and the 64-bit versions of the I2C.NET assembly. The interface of both assemblies is compatible.

You need to have them installed in the global assembly cache GAC, e.g. by

For the I2C.Labview API some more files are needed. At first two .NET assemblies are needed: the I2C.NET API and i2capi dotnet labview.dll. The second assembly can be found in the Assembly Cache of Windows, which can be accessed using the following virtual directory:

In addition to these assemblies it is necessary to add all used I2C VIs to the setup package. These VIs can be found in the following directory: