With I2C Studio V5.14.0 we introduced some new features.

A major new feature is the possibility to define almost every parameter of an I2C transfer in one test case, which is called Master Expert test case.

In standard test cases the user is able to define messages that are changed in a loop (by means of parameters).

In contrast the new Master Expert is much more flexible. Use this new testcase to define a sequence of bytes, bits and conditions.

The following figure shows an example of the messages editor for the Master Expert testcase. 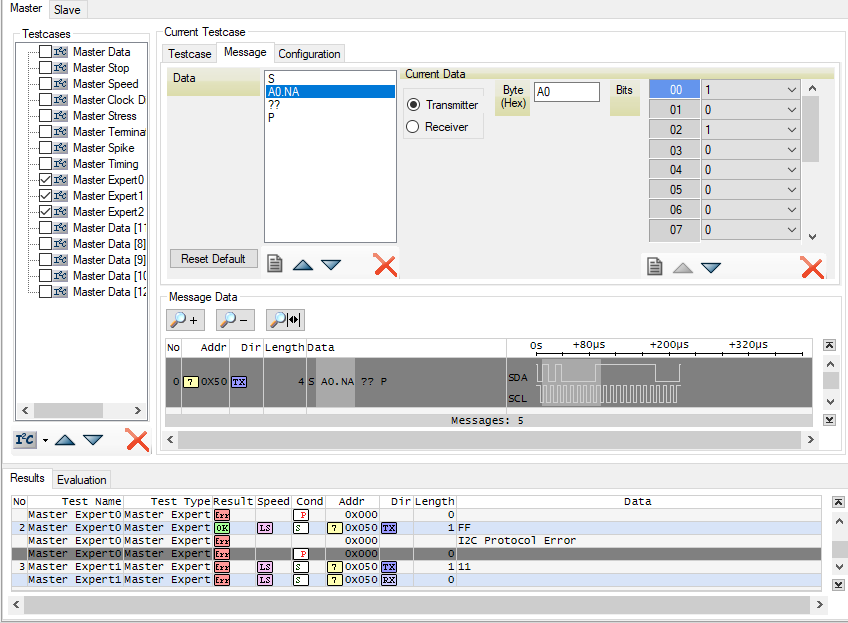 As for the other testcase the tracer parses the messages and shows the sequences on the bus with the appropriate errors for invalid messages.

Almost any type of a message that fulfills or violates the I2C-specification can be created.

An intuitive graphical editor is available to edit the data in the hex and bit format. 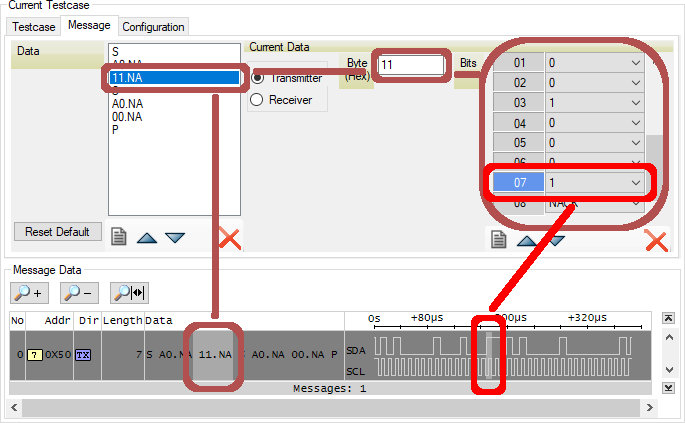 This shows a message configuration from within the editor. 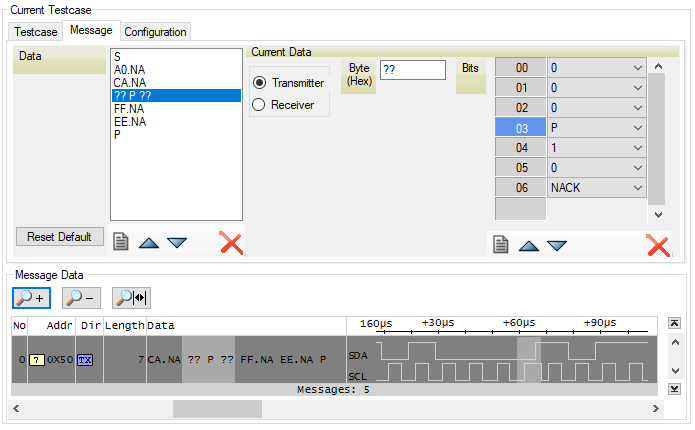 Use the editor to add/remove bits and conditions for the byte e.g. send an “illegal byte” with six data bits or with a “Stop Condition” in the byte. 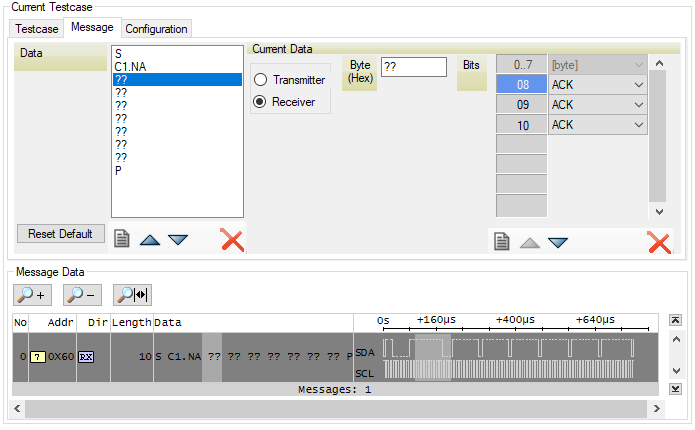 This definition is an example on e.g. test how a “Slave Sender” handles a message with a different number of ACKs after the received byte.